Sometimes we’re fortunate enough to receive thank you letters following workshops in schools; they’re always lovely to have and we always keep them! I’ve got folders of thank you letters dating right back to 2001, in fact, I’d imagine some of the kids that penned those early letters may very well be teaching and/or following musical pursuits themselves by now! 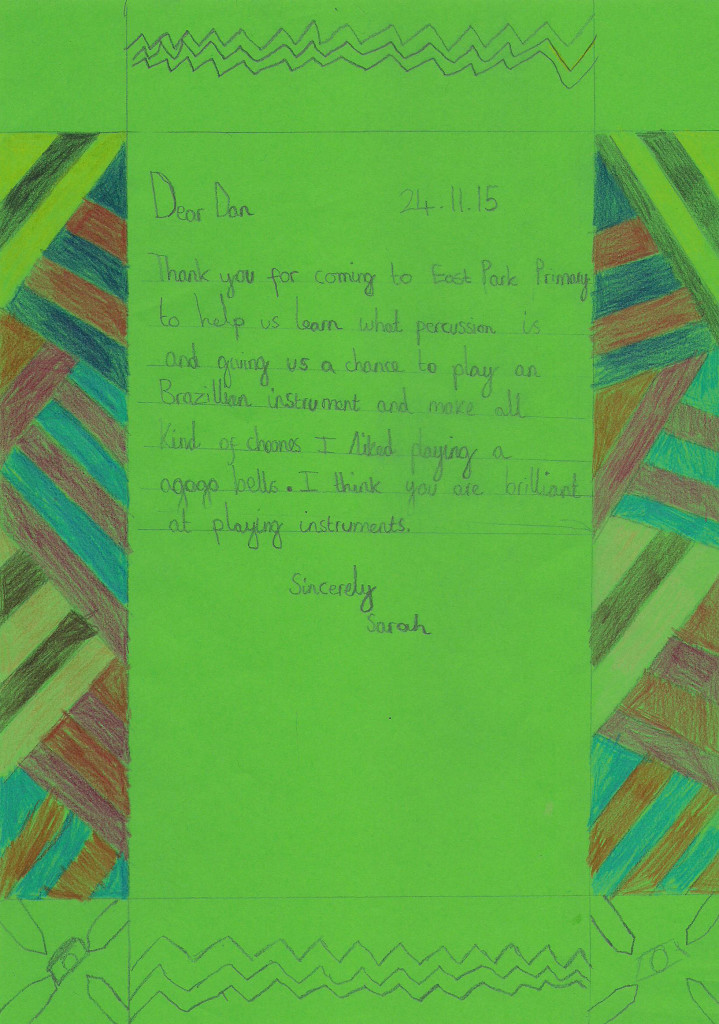 … from reading the letters, it sounds as if the children really enjoyed the workshops. There were some pretty entertaining comments amongst them also! I was particularly amused by Akhil’s line: “I’m starting to like percussion instruments now….” it’s almost as though I’ve been trying to persuade him over the course of the last three years and he’s finally coming round to the idea! 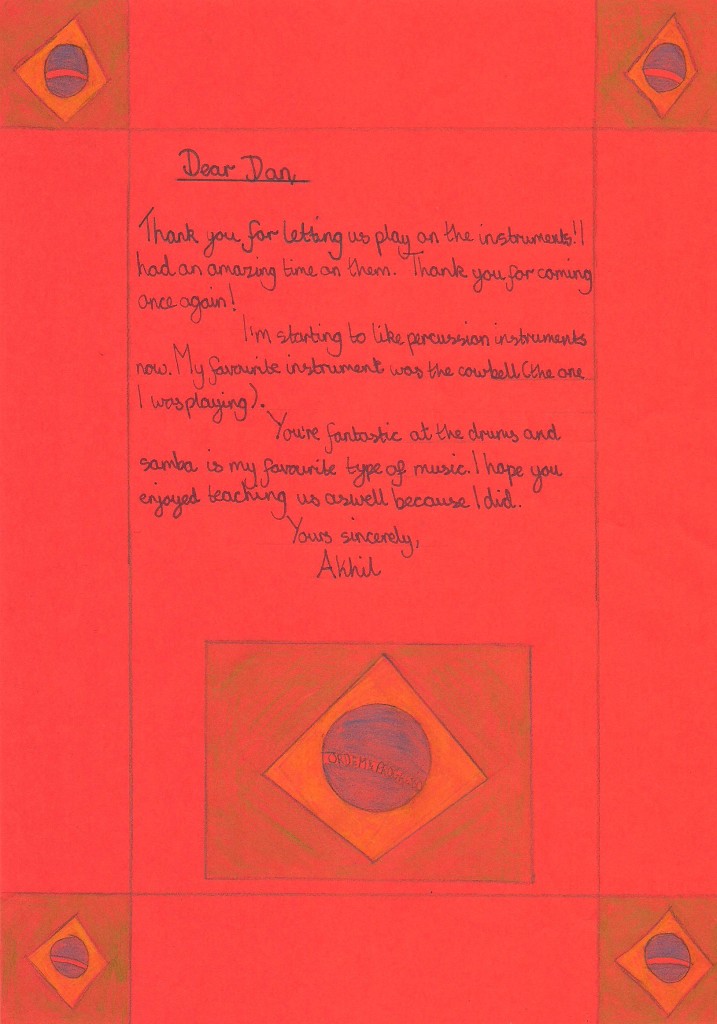 “All my classmates would agree that you have been the best visitor this school has ever had.” – Cody 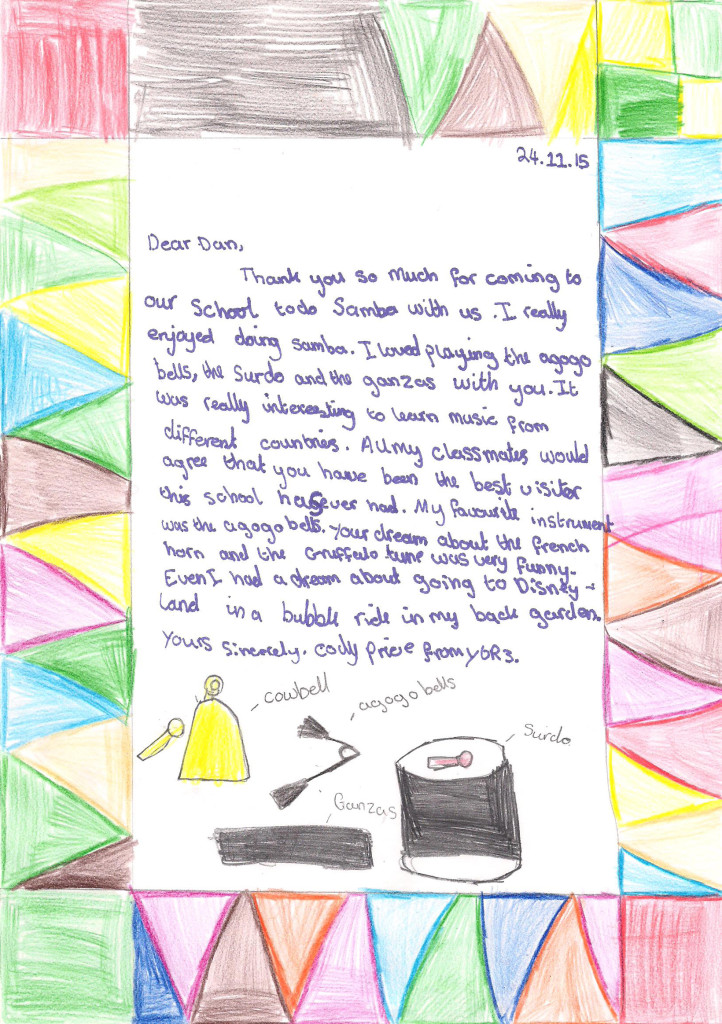 A lot of time clearly went into these, and as well as being a fantastic bunch of musicians, I can see some real artists emerging too…. 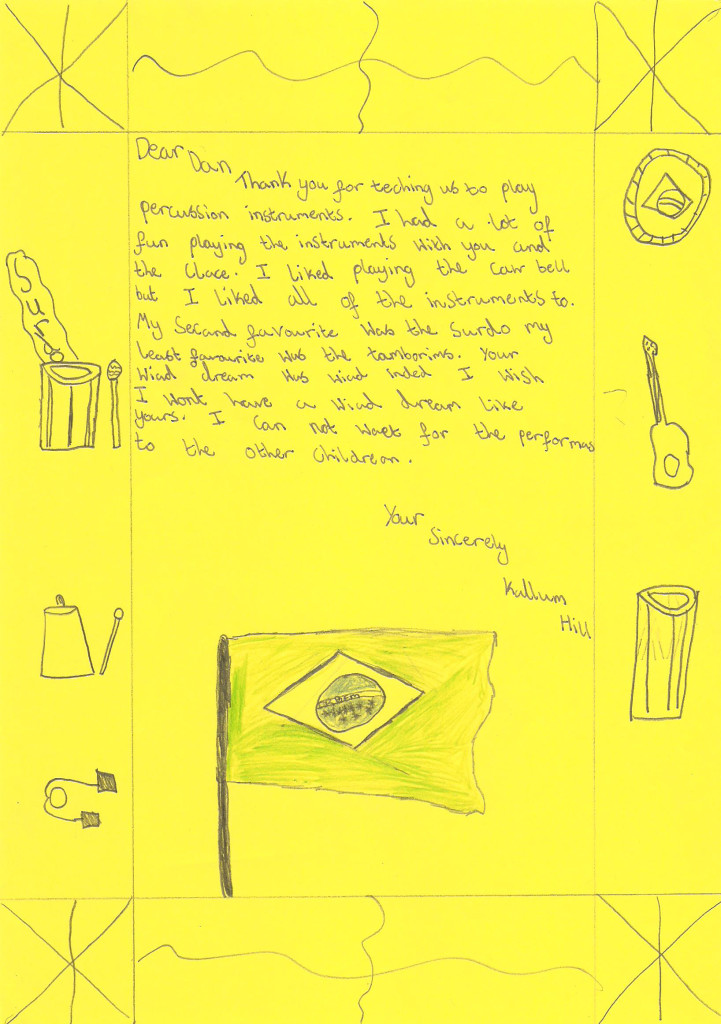 There’s a whole album of thank yous on our facebook page here, if you’re interested to see more; and as previously mentioned, they date right back to the birth of the company and we keep them ALL!